The Pentacam tomography produces a three-dimensional image of the anterior segments of an eye. It shows the 3D model of the eye. The irregularities of the cornea and detailed information are clearly represented as a whole as well as separate views in cross-section.

In Keratoconus, the front and back surface of the cornea becomes more bulging, the cornea gets thinner, and the best corrected vision is decreased. The Berlin ABCD keratoconus staging is displayed based on the Berlin's anterior and posterior radius of curvature, central pachymetry, and Distance Corrected Visual Acuity. 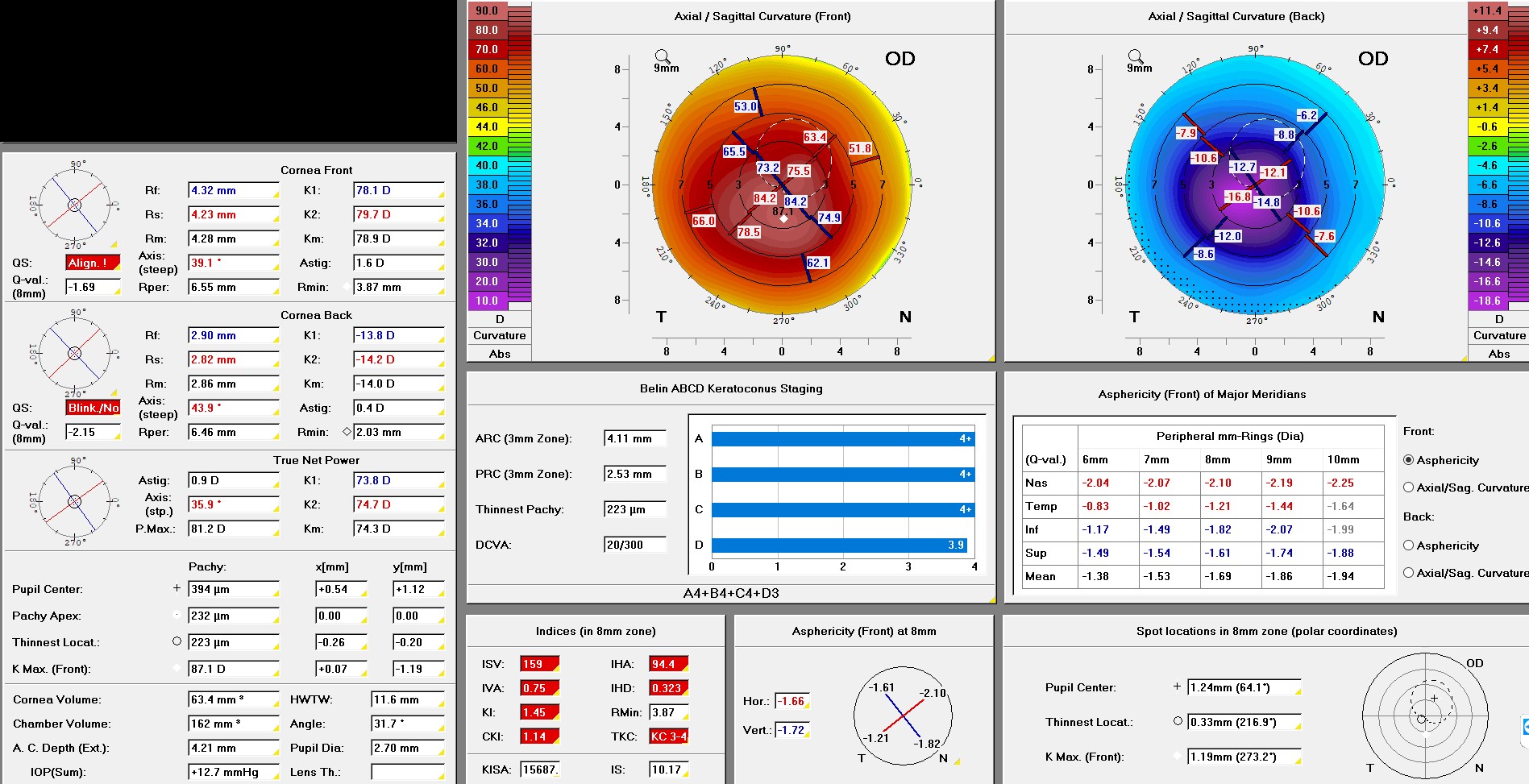 The Belin/Ambrósio Enhanced Ectasia Display helps recognize keratoconus at an early stage. Two elevation maps are generated, one based on a standard reference surface and the other on an enhanced reference surface. The differences found between the two elevation maps allow for greater accuracy in diagnosing ectasia, and recognizing keratoconus at an earlier stage. The differences are shown in a color code to facilitate evaluation: green for unremarkable, yellow for conspicuous, and red for potentially pathological. The Belin/Ambrósio Enhanced Ectasia Display is the first screening tool to evaluate corneal thickness progression from the center of the cornea to the peripheral cornea. 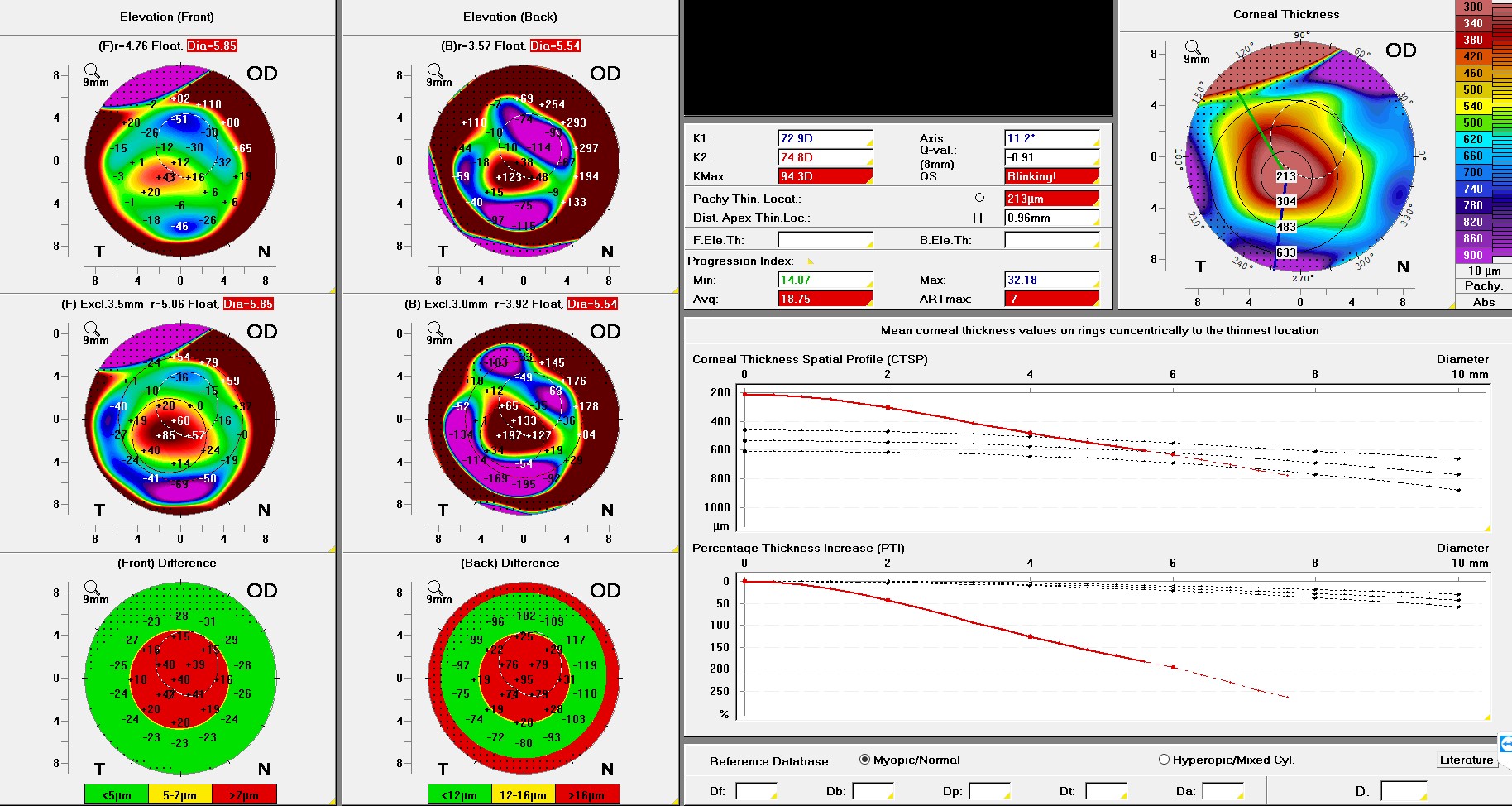